瀏覽方式： 標題列表 簡短摘要
I’ve considered for a long long time that if I should write an article for u, too.
cuz my E is not as good as urs, Miss P,
but I really want to make it just like the way we did before,
well… since I’ve decided to do this,
then plz don’t laugh at my stupid composition, thx. XD


I remember that the place I met u for the first time is the famous 85℃ near my house,
that’s for measuring our uniforms.
The second time is in the basement of Carrefour, also not far from my home,
that’s for trying our new uniforms on.
We nearly did not talk to each other at those times,
but I remembered u’r so tall, so thin, n just look like a policewoman.
(btw, my uniforms r not beside me now… ><)
Then comes the third time,
the first day we checked into our school, in the auditorium, the second floor, the left part.
At 2/9 morning, a sunny Monday,
Lots of pl r lining up for entering the auditorium, including me.
After placing all my stuff, I tried to find where my friends are.
where… where… why there’s nobody I know around me… *o*
Then I saw U… WOW!!!
What a coincidence that we’re in the same class--- 22th!
Never think of it, so unimaginable,
and u’r also the only one I’ve ever met before in our new class.
(though we haven’t known each other… =”=)
Fine, anyway, that’s the start,
At least I know u a little bit better than MoMo at that time… XD


Then I know u’r not new for this school,
no wonder u looked so calm and so experienced.
Lots of pl know u n miss u,
including one girl who is a bit similar to one of my classmates in my senior high school, which is also urs.
In the beginning, all of us were so impressed by ur straight posture in the auditorium.
How come can u hold on for two hrs without falling asleep and still look so wakeful!
But later u told us that though u can sit like that, u’r really sleepy all the time… XD

Remember one day we were discussing about our favorite snack… “red bean cake”!
We kept telling each other which store we recommend and which one is not,
(of course in Tainan)
After a few mins… we found one ridiculous thing…
the flavors we love r totally different… =___=|||
OMG then why should we discuss… wasting time =_=#
but at least I know there’s still sb whose preference r far away from me… XD


At first, nearly of us did not know how to get through with those steps,
lots of different commands and similar steps make us, line 14th, a bit confused n quite chaotic
but u taught us, trained us,
just like a professional leader,
make us improved and familiar with the action
Thx so much!
I think,
without u, line 14th wouldn’t be like that in the end!


Remember the first time all of us took turns to be night guards?
In the next morning we don’t have to get up as early as others,
(I remember it was Fri.!)
after waking up,
I told others about my “smoking dream”,
which is about something written on the whiteboard: “smoking in the dorm: 166”
wow!! I’m punished for smoking in public!!
Is it cool? XD
But the much cooler is… after I finished my story…
u said u just dreamed about one who is smoking in the dorm!!!
(though u don’t know who the guy is.)
What a coincidence!
And this is just the first time,
do u remember the second time?
At one deep night, I just woke up for my old knee,
I found that my pillow disappeared!
But wherever I looked around, I couldn’t find it.
Then u showed up, standing beside my bed, asking me what happened,
OMG!! Why u’r awake at the timing!!
Then u helped me find my pillow which is on MoMo’s bed.
(she was going to be the night guard and helped me pick it up.)
It’s really cool cuz everything just happened at the same time, isn’t it?
Well…
I hope there’ll be the third time, the forth time… thereafter…
Even I have already left…


Actually I don’t want to mention that heartbroken night again,
cuz I have to say sorry again… sigh…
SORRY I made u cry, too.
That night, on my bed, after reading the lousy document,
none of us can keep calm, just keep silent…
Five hands were holding tight together,
though I can’t see them clearly with my eyes filled with tears…
U were just sitting beside me and giving me ur hug,
THX so much,
they really warmed n comforted me.
U told me that u seldom cry for friends,
which makes me feel apologetic n also appreciative.
I can’t even fall asleep all the night,
n I know u were awake, too.
THX for ur company, really.
I never think that everything will be so quick, so soon, so unpredictable,
it totally caught me off guard,
but I still have to face it…


u’r getting busier n busier,
I’m not there,
what a pity that I can help u no more,
I can do nothing for u anymore,
I can’t accompany with u anymore…
But it also means that u become more n more important,
so u have to take good care of urself.
Plz try hard to take a short nap during the sixty mins every noon,
not just lying down and thinking lots of things.
Plz care for ur stomach,
not just taking pills when getting a stomachache.
Plz remember to take one pill of vitamin C every morning,
in case u’ll catch a cold again and again.
Don’t forget to practice the ropes when free,
then u can be better at playing that.
(Don’t worry, my skills r worse... =___=)
Anyway, don’t forget to tell me what happen to all of u,
I’m always eager to know what’s around all of u.
Best wishes, to my friend who lives in Tainan n Kaohsiung at the same time. 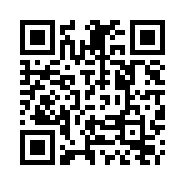